KATHMANDU, 20 May 2020: The government of Nepal has released the revised political map of Nepal which shows land including Kalapani, Lipu Lekh and Limpiyadura. These land have been invaded by India since 1960.

New map of Nepal showing land encroached by India since 1960. 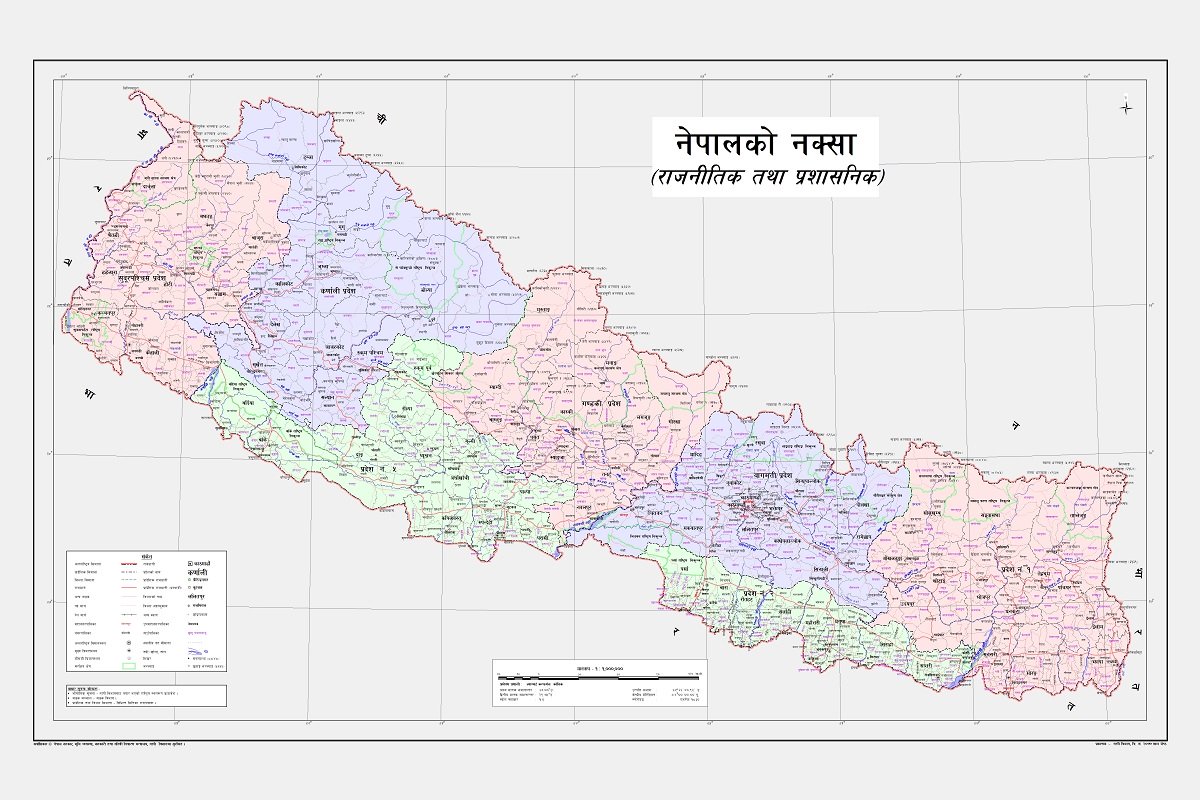 Nepal on Wednesday released its new political and administrative map. This is the first since the signing of the Treaty of Sugauli in 1816.

The new map includes territories that have long been invaded India since 1960, prompting analysts to describe it as a “cartographic war” between the two countries.

Below is a video explaining why these land belong to Nepal as published by BBC India News:

Nepal's cabinet has released a new political map of Nepal in a landmark decision. In this map, Limpiyadhura, Kalapani and Lipulekh are shown as part of the Nepal border - which has been invaded illegally by India.

India has also expressed strong objection to this. The Cabinet of Nepal, while giving it its justified claim, said that the source of Mahakali (Sharda) river is actually Limpiyadhura which is currently part of Uttarakhand in India. India has been denying this.

The decision of Nepal's cabinet came ten days after the inauguration of the border road in the Lipulekh area from India . Tibet is the only way to go to Mansarovar in China via Kalapani (Nepal) . After this road was built, Nepal had strongly opposed India's move. India's opposition to the move was seen in Kathmandu from the Parliament of Nepal to the streets of Kathmandu .